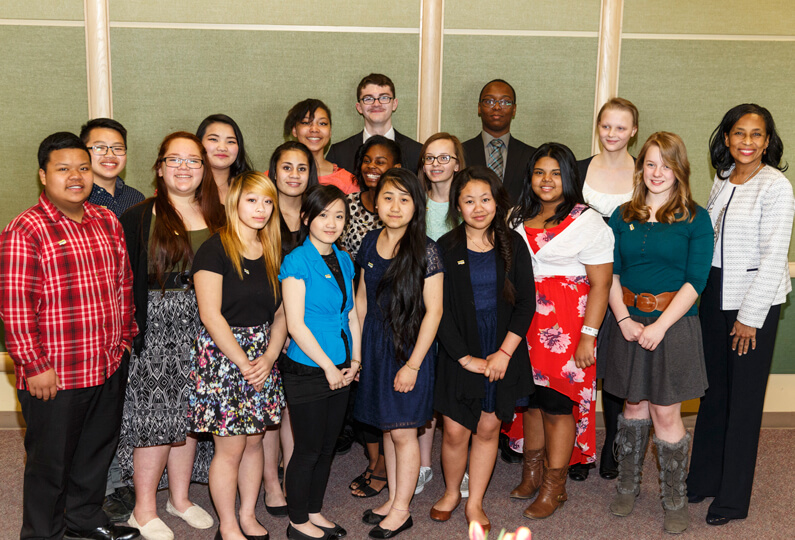 According to Principal Williams, Clark Middle School is in one of Anchorage's most culturally diverse neighborhoods. Clark Middle School has the highest number of minority students, special education students, and the highest number of student achievers. As Alaska's Principal of the year Principal Williams is also a nominee for the National Association of Secondary School Principals National Principal of the Year which will be announced in the fall. 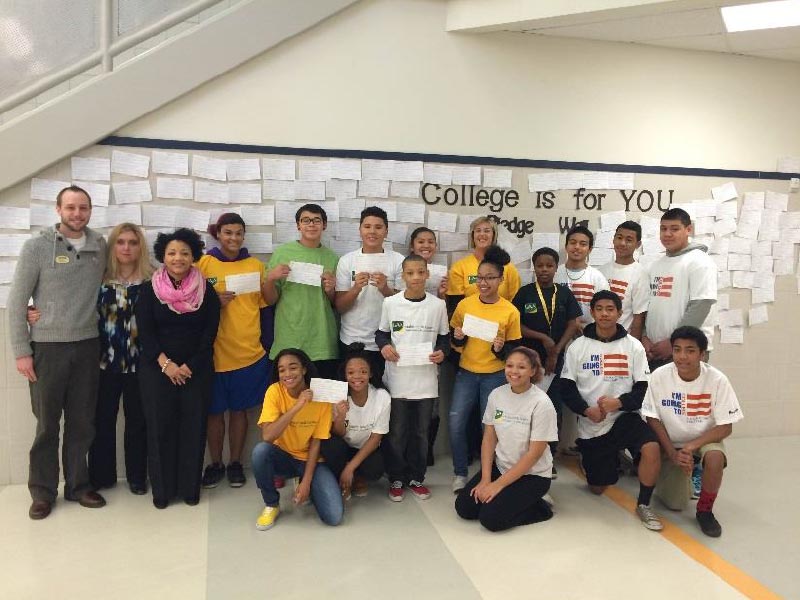 Dr. Terry Nelson of the UAA College of Business and Public Policy participated in Clark Middle School’s University Week Celebration on November 19th. Speakers were asked to tell students in the 6th through 8th grades about their background and how they felt in middle school about college. Dr. Nelson also emphasized the importance of completing high school and making good academic and personal choices throughout middle school, high school and college.

Since Dr. Nelson’s teaching focus is leadership, she asked the students the following question that was posed by one of the students in her recent undergraduate organizational behavior class - How many of you are completely confident in calling yourself a leader? This question opened the dialogue for students to discuss leadership traits and recognize these characteristics and actions in themselves. “The students exhibited a good depth of knowledge about leadership. I could tell that Clark Middle School’s staff is doing a great job of cultivating leadership qualities in their students.” This parallels Dr. Nelson’s belief that cultivating leadership qualities must begin at a young age and continue throughout a student’s academic career. 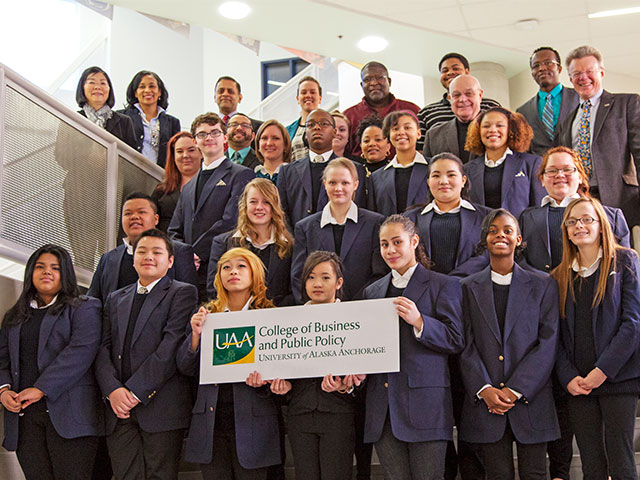 One would think that academic programs would not be able to grow younger. But not in this case. The well-recognized and successful College of Business and Public Policy (CBPP) Leadership Fellows Program has partnered with Clark Middle School to grow fledgling leaders in Anchorage and Alaska. 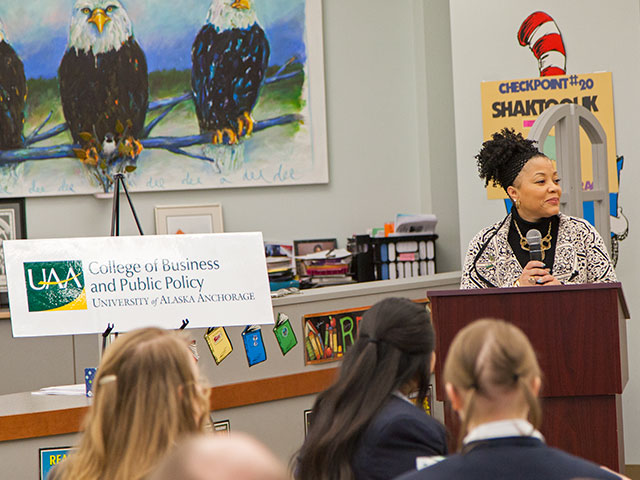 Dr. Terry Nelson was awarded a faculty minigrant from the Center for Community Engagement & Learning to help establish the program. Principal Williams provided additional funding to support the program. 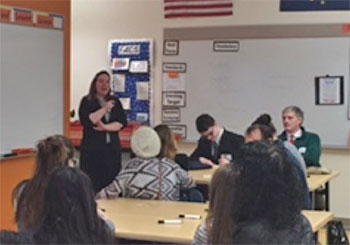 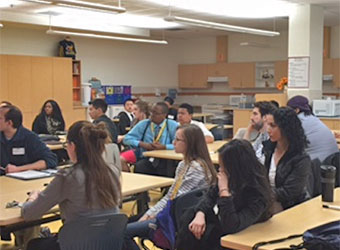 In addition to the CBPP Fellows, the Junior Fellows were mentored on public speaking by UAA students and alumni and community members. After a 20-minute tutorial on public speaking conducted by Dr. Kori Callison, the juniors randomly selected a topic to present. Topics covered a broad range of leadership themes such as obstacles, integrity, community, challenges, etc. The juniors along with guidance from their mentors had approximately 15 minutes to prepare a 2 – 3 minute speech which was delivered on stage at Clark Middle School’s auditorium. 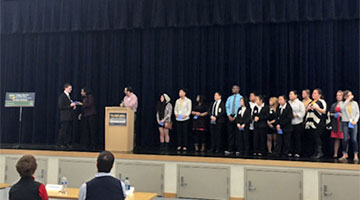