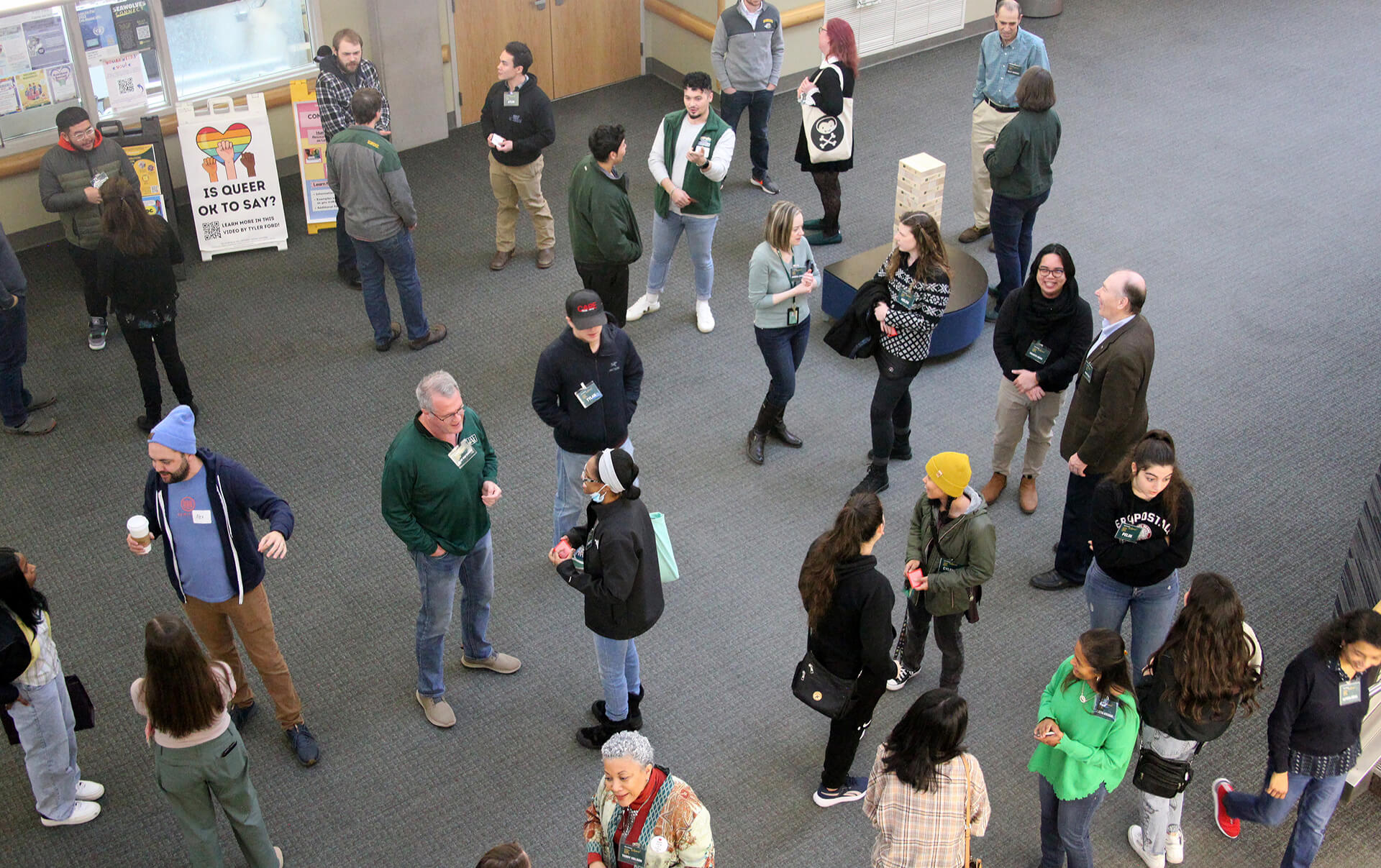 Earlier this month the College of Business and Public Policy invited new first-year, transfer and graduate students to an in-person welcome event in Rasmuson Hall. At the beginning of the event, students, faculty and staff each had cards with questions to facilitate discussion, from “What would you do if you had no fear?” to “What was your grandmother’s favorite recipe?” The Rasmuson Hall lobby was abuzz in conversation. Students commented that it was fun to meet other students and professors. For some online students, it was their first time meeting professors in person.

Students and faculty then formed four teams to play giant Jenga, taking turns to carefully remove a wooden block and place it on the top of the structure. Minutes ticked past the lunch hour and players were still concentrated on the task at hand: some played with pain-staking care, and others were more rash. 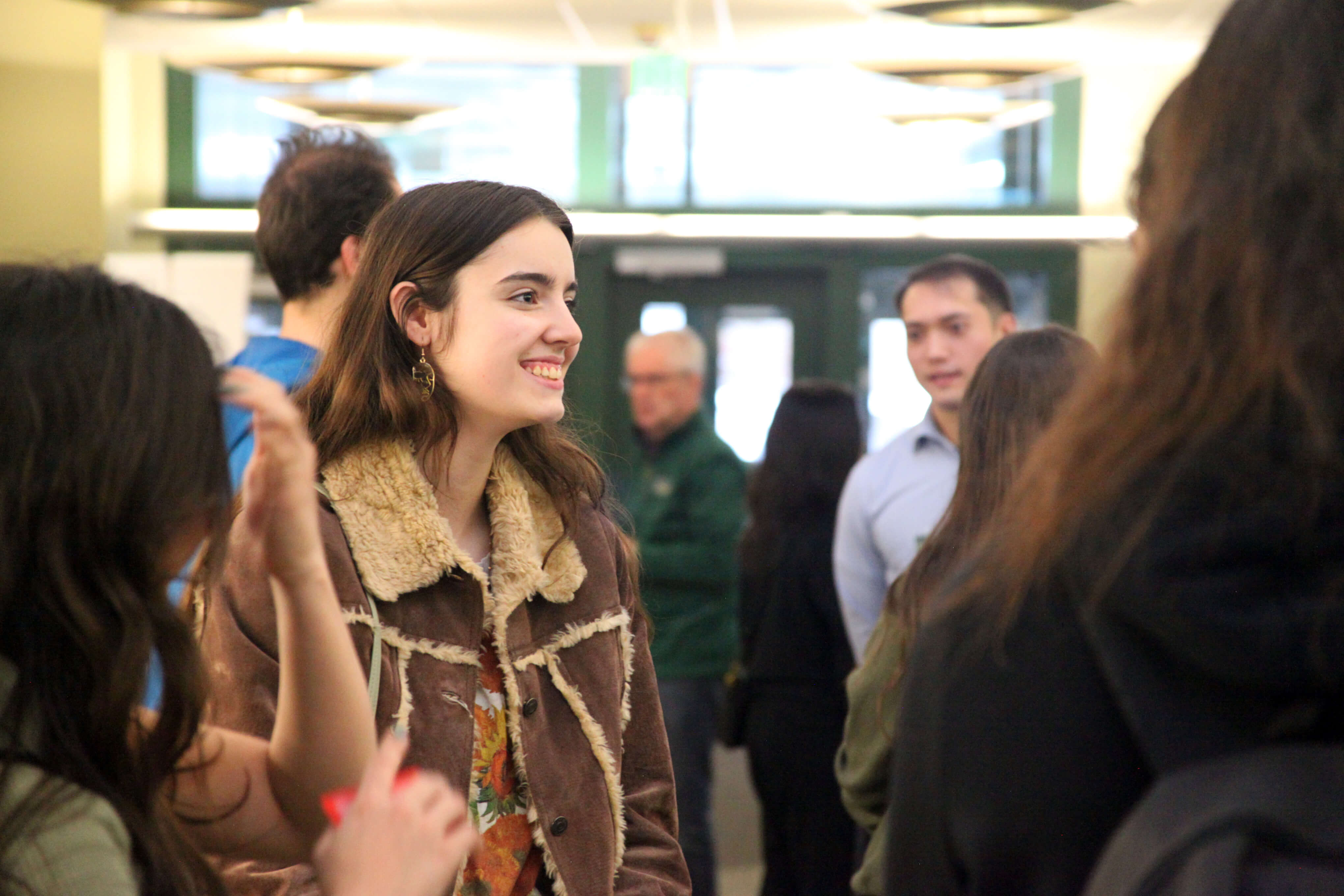 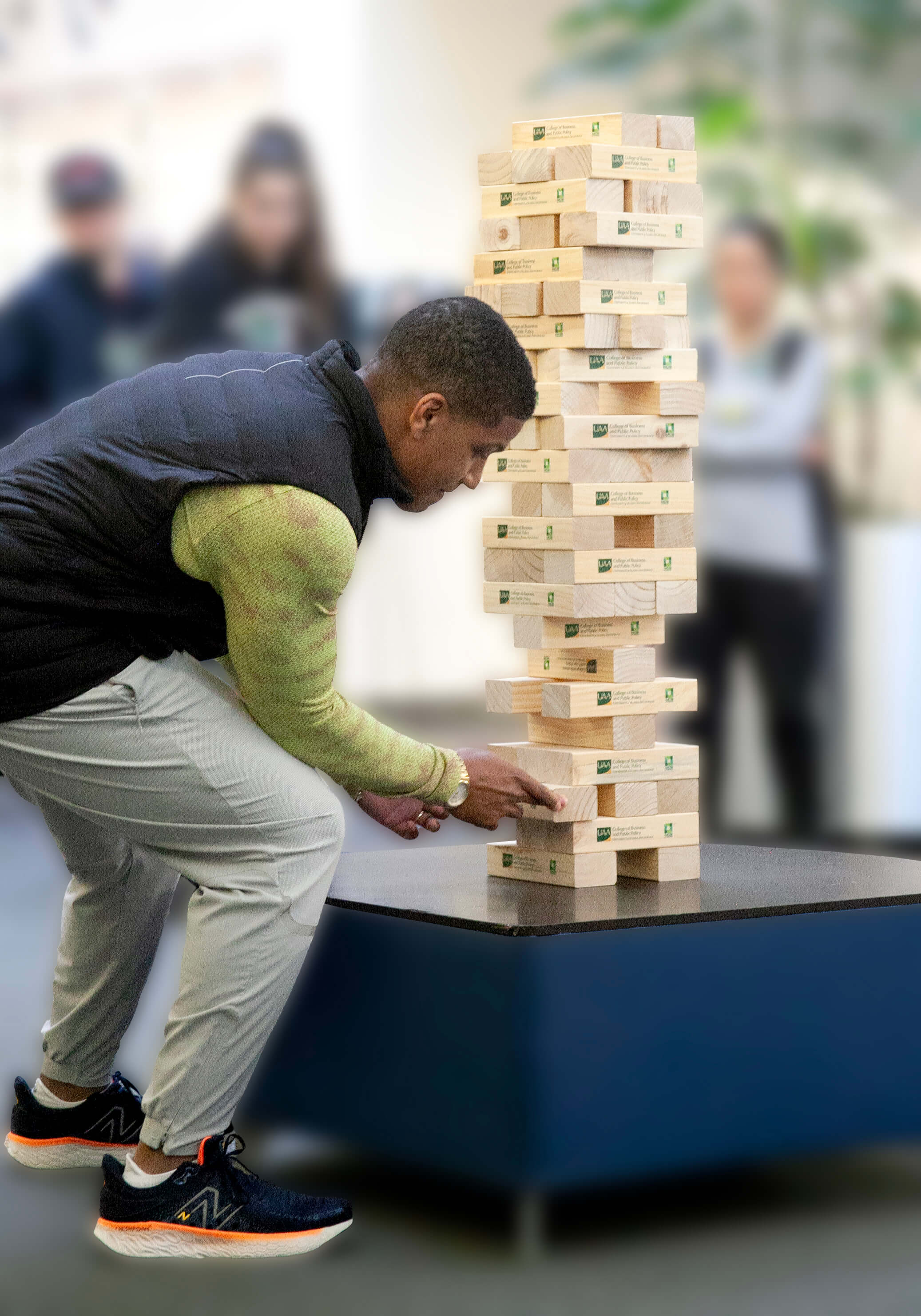 “We all want to eat, right?” said student Reagan Johnson, suggesting that her move was difficult enough that it might send both the tower toppling and the crowd off to their waiting pizza lunch. She flicked her block away quickly and to everyone’s surprise and cheers, the tower held.

The crowd cheered again at the next turn, as student Liam White’s bold pull from a bottom row finally ended the competition. Professor Soren Orley’s team prevailed, in part due to his unofficial coaching.

Afterward, John Nofsinger, Dean of the College, awarded $15,000 in tuition waivers. "We want our students to know they are a valued part of the College," Nofsinger said. "We hope to inspire them to get to know their professors and take part in student clubs as they dive into their UAA experience."