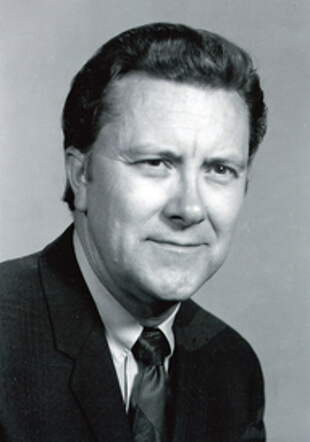 In 1973, Dr. Garth Jones and his wife Marie drove their Ford Pinto from New York City, where he had been working for the United Nations, to Anchorage. Jones had been living and working in the field of public policy and international development, with stints in Pakistan, Indonesia, and Taiwan.

Alaska would be a new adventure.

“Anchorage was still a frontier town of some 80,000,” recalled Dr. Jones in a 2014 blog post for the American Society on Public Administration. “Initiative was being taken to establish a new University of Alaska in Anchorage. I had the opportunity to put to use my experience in international development in America. Building a university from scratch proved to be a challenging project. For the first time I experienced life outside imperial authority. Alaska was still being treated as a colony. With the construction of the trans-Alaskan pipeline beginning in 1974, this imposition was suddenly pushed aside, almost so bureaucracy dies hard. Soon after my arrival I became the founding Dean for the now College of Business and Public Policy (CBPP). I am proud of the accomplishment.”

Dr. Jones served as Dean from 1974-1979 and was awarded emeritus status in 1987. He continued to teach and held visiting positions at several universities, including the University of Utah and Utah State University. He wrote, published and lectured in his areas of interest, which included Islamic affairs in South and Southeast Asia. He consulted with the U.S. Department of State and the United Nations, among other agencies.

As a young man, Jones was able to attend school after receiving a $100 scholarship from Sears. He made that same dream possible for many UAA students over the years, with an endless dedication to education and CBPP. Jones established the Garth Nelson and Marie Clegg Jones and Family Scholarship and also inspired the Garth N. Jones Student Writing Award in recognition of outstanding writing. During his lifetime, he gave nearly $70,000 to support UAA and its students.

“To date the College has graduated thousands of students who have made a lasting impact in Alaska and beyond,” said CBPP’s Interim Dean John Nofsinger. “The role Garth Jones played in helping to build the program we inherited is a great legacy.”

Dr. Jones died on July 1, 2020, from a stroke at the age of ninety-five. He was laid to rest beside Marie, his wife of sixty years, in Heber City, Utah.

More about the life of Dr. Garth N. Jones