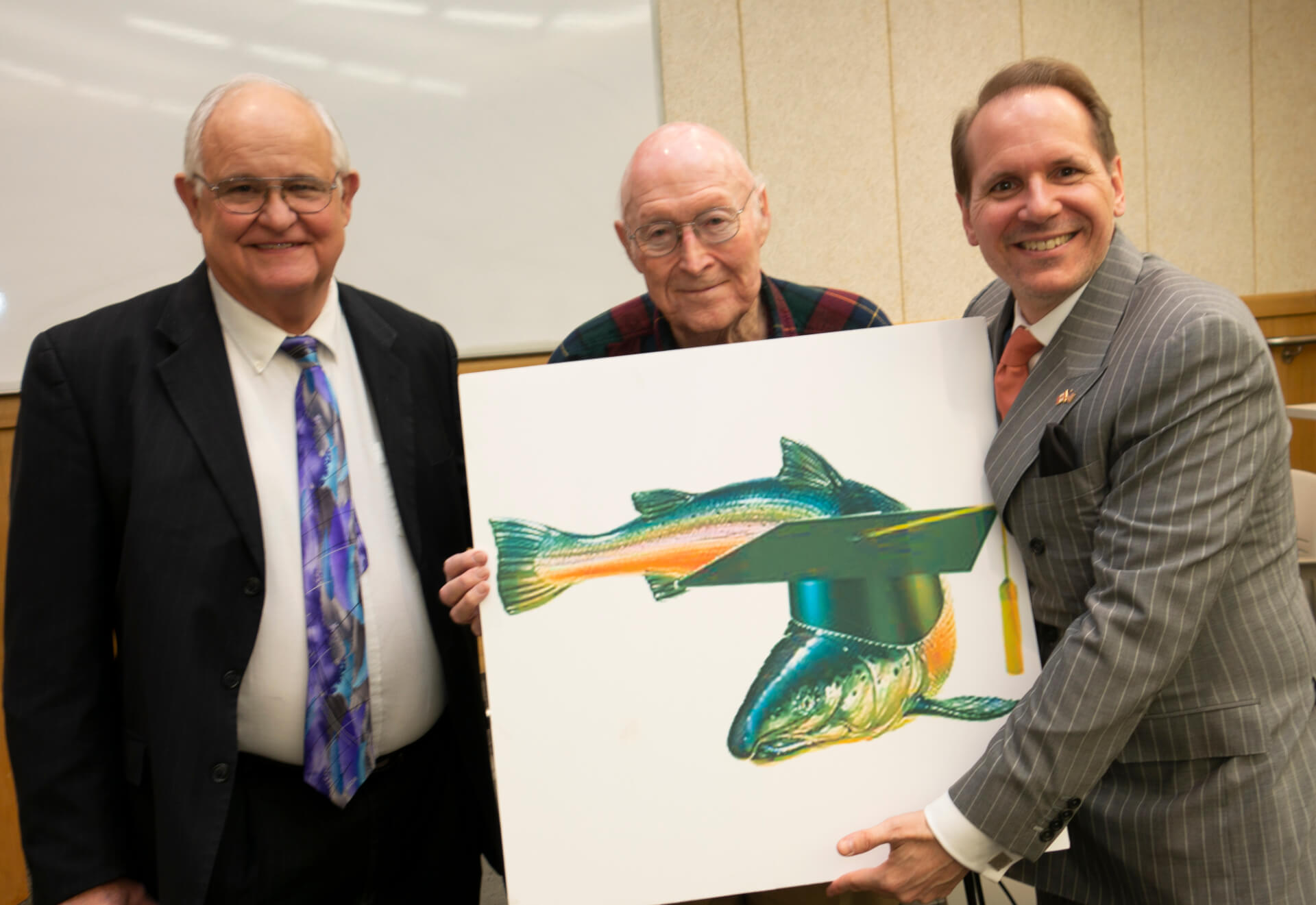 In addition to teaching, Dr. Carey enjoyed advising students to make sure they could achieve success. He also consulted for various Alaska businesses and corporations, and was an expert witness in several legal cases involving business matters. He organized two series of annual training workshops in conjunction with the Alaska Federation of Natives from 1974 to 1984. He authored a number of books and articles on small business financing, banking, and other business related subjects. Dr. Carey was also dedicated to supporting the Anchorage Special Olympics and Boy Scouts with special needs.

After retirement, Dr. Carey taught at Alaska Pacific University, in New Zealand with a Fulbright award, and Mesa State in Colorado. He received many awards, including the 2009 Outstanding Service Contribution to CBPP. He was also honored with an Endowed Chair – the Faculty Chair of Financial Education – at Washington State University. Many of his papers are preserved in the UAA/APU Consortium Library special collections.

Dr. Carey was a generous supporter of the College, providing gifts totalling nearly $35,000 to the College’s Excellence Fund and the Tom Case Leadership Fellows program. He enthusiastically spread the word about those programs to other donors.

For twelve years he conducted the official coin toss in the annual CBPP Sophist Salmon debates, noted Professor Darren Prokop. “The coin toss determined which side of the debate the two teams would take. In true sophist fashion each team prepared both sides of the debate issue. So, each team eagerly awaited the result of Omer's toss in order to get the debate started.” Dr. Carey’s coin also determined the winner in case of a tie, which happened twice over the years, recalled Prokop.

“I arrived at UAA after years of being a finance professor at Washington State University in Pullman, just like Omer,” said Interim Dean John Nofsinger. “I’m glad we were able to meet once to discuss Pullman and its Omer Carey Chair that was endowed in his name. We appreciate his service to UAA and the College of Business and Public Policy over the years. It has provided support for students to achieve their academic goals and develop into the leaders of tomorrow.”