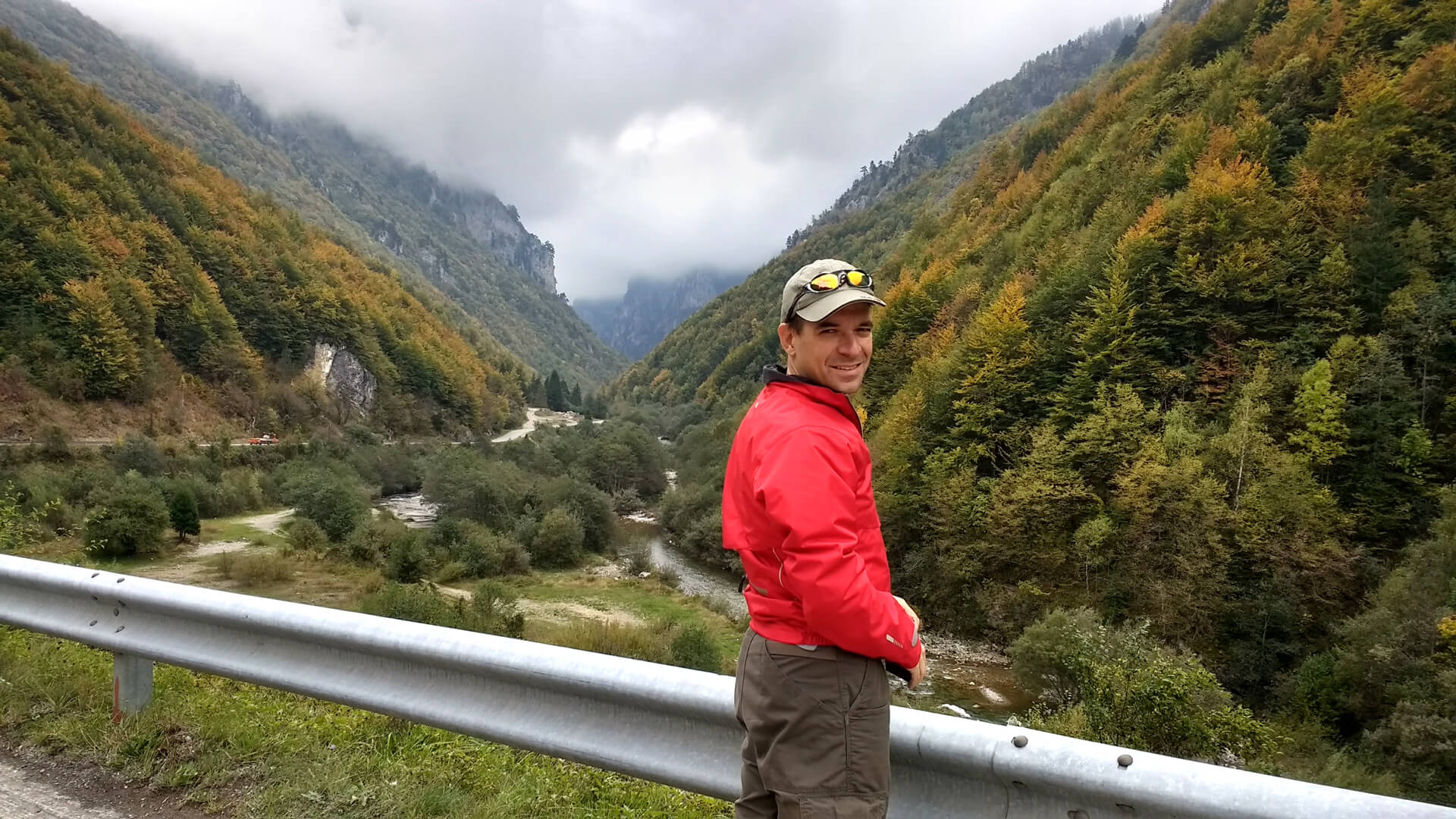 Please join us in welcoming Dr. Chad Briggs who is joining the University of Alaska Anchorage as the College of Business and Public Policy’s new Director of Graduate Public Policy and Administration Programs and an Associate Professor of Public Policy. For the past four years, Dr. Briggs has been based in Kosovo where he was a professor of public policy at the American University in Kosovo (RIT-AUK) focusing on post-conflict energy and environmental policy, and hybrid/cyber warfare in Ukraine.

Since 2010, Briggs has been the Strategy Director at Global Interconnections LLC, in a related role from 2010-2012 as a Minerva Defense Fellow at the Office of the Secretary of Defense, and Chair of Energy and Environmental Security at the U.S. Air War College, Air Command and Staff College, and other schools attached to the U.S. Air Force’s Air University. As director of the USAF’s Project Minerva, he was responsible for integrating energy and environmental risks into military and disaster planning from squadron-level operational risks to 30-year strategic planning for the Joint Staff, NATO, and Pacific Command. His team translated scientific data on issues from climate change and tsunamis to Chinese oil exploration in the Arctic and Africa. The USAF Minerva work on energy and environmental intelligence was transferred from the U.S. Department of Energy where Dr. Briggs was the Senior Advisor for International Security Affairs and team leader in the Office of Intelligence and Counterintelligence on abrupt climate change and security.

Dr. Briggs has taught at various universities around the world and is the recipient of three Fulbright faculty awards to Budapest, Hungary and Berlin, Germany. He is a Senior Fellow at the Institute for Environmental Security in The Hague, a lecturer in Global Security at Johns Hopkins University, and has been a visiting scholar to University College London. He has been published widely in areas from military strategy to post-conflict health and medicine and is an architect of U.S. government scenarios by planning approaches to climate and energy security intelligence. His consulting clients have included OSCE, the Swedish Armed Forces, and U.S. Centers for Disease Control, as well as companies such as General Dynamics. Dr. Briggs has also worked in the Wisconsin State Senate and Department of Commerce, and was the Budget and Policy Director for the Wisconsin educational agency, TEACH.

Dr. Briggs has a PhD in Political Science from Carleton University in Ottawa, Canada, a Master of Arts in International Relations from Limerick University in Ireland, and is a Phi Beta Kappa graduate of the University of Wisconsin-Madison.

He teaches courses in public policy and administration, including policymaking, policy evaluation, security and disaster planning, and public budgeting.

Dr. Briggs will be located at RH 205L so be sure to stop by to say hello!